This photograph shows the first British guard at Jaffa Gate when Jerusalem surrendered to the British in December 1917. It is part of the One Hundred Years series that traces the changes to a single location in Jerusalem. 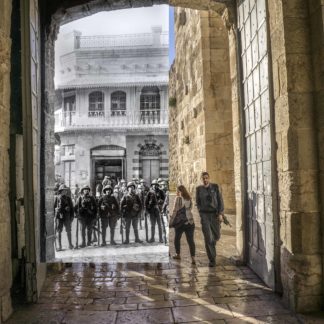