A generously-sized kitchen towel in 100% cotton featuring the eclectic mix of people that give Jerusalem its special character. These figures were sketched by artist Sophie Walbeoffe as she painted on the streets of the Old City. 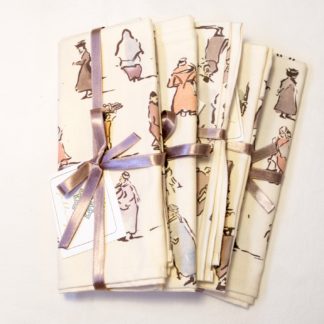