The view from the artist’s studio in the Old City looking out over Al Aqsa Mosque and the Dome of the Rock. 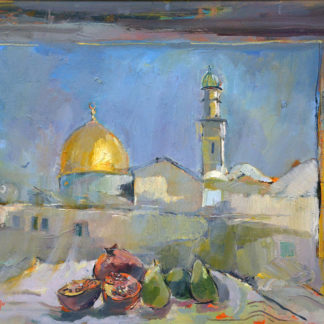