This photograph shows the famous Via Dolorosa in 1917 and is part of the One Hundred Years series that traces the changes to a single location in Jerusalem. 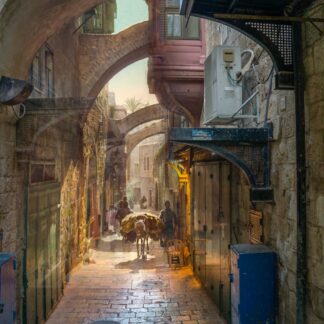 You're viewing: Via Dolorosa $115
Add to Basket