New Gate has been added to your basket. Checkout View Basket

This photograph shows a police cordon stopping an Arab demonstration at New Gate in 1933. It is part of the One Hundred Years series that traces the changes undergone at a single location in Jerusalem. 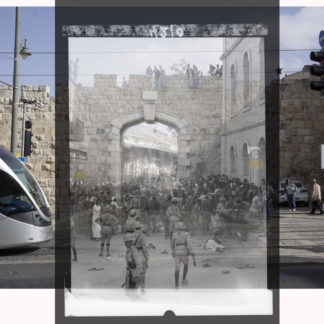